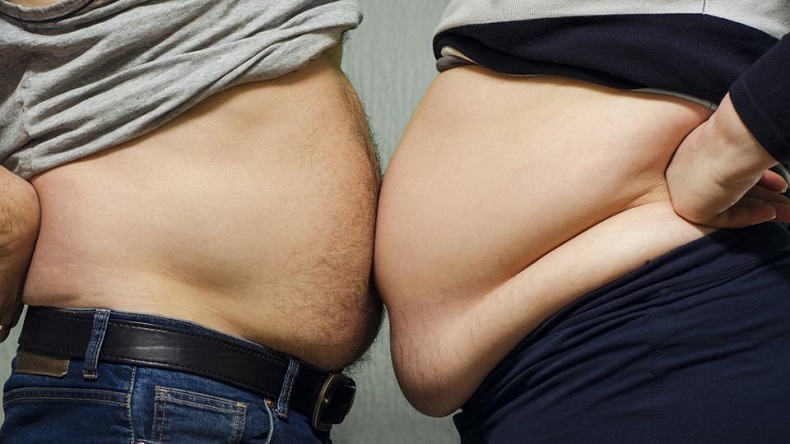 This question haunts many minds: How I can lose belly fat and fast? Though there is no magic formula of exercise and food to reduce those extra pounds with a snap of your fingers but are there are definitely some exercises and habits that can aide to get rid off the fat hanging around the waistline. We have compiled few steps for you to look beautiful and stay healthy in this busy life.

Stubborn fat around the waistline can be very hard to shift. If one looks closely, the youngsters are falling prey to such a lifestyle disease is rapidly growing in numbers because of the sedentary and stressful jobs accompanied with calorie full biscuits and alcohol. Experts believe that the fat deposit around the tummy is linked to serious health issues, including type 2 diabetes, high blood pressure and cardiovascular disease.

Below, we have complied few easy steps that can help you to get rid of those extra pounds fast. From introducing to soluble fibre to protein in your diet you can say bye-bye to belly and say hello to fab abs.

Replace all your cooking oils and ghee at home with coconut oil. Several renowned nutritionists are recommending its customers to use this oil for frying and preparing dishes. Notably, this oil is less carcinogenic than other oils. Studies show that the fats present in coconut oil boost metabolism and decrease the amount of fat you store in response to high-calorie intake.

It also advisable to include soluble fibre in your diet in order to lose belly fat. Soluble fibre such as Avacado will help in weight loss by converting it into a gel with the food, making it easy to consume it. Research shows that such kind of fibre makes one feel fuller for longer, meaning naturally eating less. Foods to eat to increase your soluble fibre intake also include legumes and blackberries.

Get plenty of restful sleep

It is often seen that people who are sleep deprived tend to gain more weight. Health experts believe across the globe have repeatedly said that sleep is the most important factor in your overall health and well-being, especially when it comes to reducing weight. A US bases study revealed that females who slept for less than 4 hours a night were significantly more likely to gain extra pounds around their bellies than those who slept 8 hours or more.
Reduce your stress levels.

Not only sleep, even stress plays a major role in increasing unwanted fat in the human body. It triggers the release of the stress hormone named cortisol, which in turn increases ones appetite So how do you relieve stress? Well, consistent exercise and meditation work can do wonders for reducing the vascular fat around the waist.

Many of us would not be aware that there are several body parts that we don’t require. Some are only useful in childhood and later become redundant after we take our first step. Let’s take a quick look at some body parts that serve very little or no purpose in our daily lives. It is believed that these body parts only grow in order to make the body adaptable to the requirements of nature.

It will come as a surprise to many, but yes we have body parts which we don’t really need for our daily survival. If one looks closely, a couple of them are only useful during childhood but become redundant when we grow up. It is true that evolution takes a while to make adjustments, so we’ll end up having bits and pieces of body parts we don’t actually need anymore. So are you curious now to know which parts they are? Here is a list.

According to researchers, males and females develop in the exact same way for as many as 60 days in the womb. For those with a Y chromosome, testosterone will then kick in, which will result in developing male sex organs instead of female ones. But by this point, a baby in the womb has already developed nipples. But because having nipples doesn’t actually do any harm, they have never been weeded out by artificial process.

Wisdom teeth are also really of use to modern man. Once upon a time, when human beings had a more caveman-esque diet they had use of the wisdom tooth, but now in today’s world, they are not necessary now. Scores of people have them removed as they hurt quite a bit and can result in causing several other health issues such as migraines. Interestingly, these days in India, children are born without wisdom teeth! Yay!

If one looks closely, these tonsils are lymph nodes, which according to medical sciences are quite important for running the immune system. But this look-alike of the golf ball can be removed easily if it gets inflamed and infected on a regular basis. In the history of the existence of man, no human has died due to lack of tonsils.

It is a known fact now, our human beings have evolved from apes which used their tail to balance their moves. But after humans learned how to move on their two feet, the tail was of no use and so got converted to just some fused vertebrae which we know as coccyx.

The bag-shaped organ called appendix attached to our large intestine no longer helps the human body to digest food, and the people who got it removed seem not to miss it. Since human beings stopped eating uncooked or low-quality foods like grass, this part is no longer of any use to the digestive system.